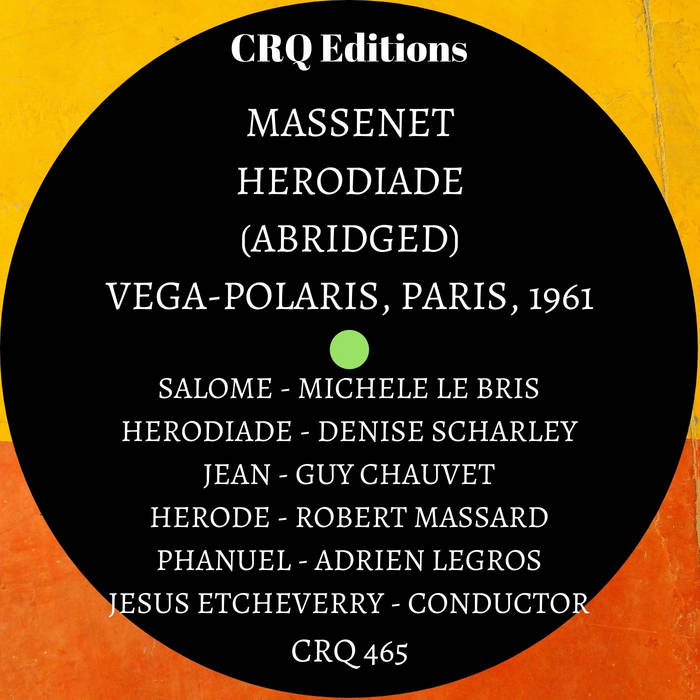 During the late 1950s and early 1960s Guy Dumazert master-minded a dizzying number of mainly abridged versions of predominantly French operas and operettas, many of which were conducted by Jesus Etcheverry of the Opera-Comique and which featured leading francophone singers of the period. With the reorganisation of the Paris Opera and the Opera-Comique in the early 1970s the idea of a permanent company of French singers performing the French lyric repertoire fell into abeyance. These recordings therefore might be said to represent almost a 'last gasp' of the great French lyric tradition. This particular release is of further interest as being the first recording of sizeable extracts from Herodiade, one of Massenet's finest works.

A brief history and synopsis of Herodiade may be found at:
en.wikipedia.org/wiki/H%C3%A9rodiade

If you like CRQ 465 MASSENET: HERODIADE EXTRACTS: LE BRIS, SCHARLEY, CHAUVET, MASSARD, LEGROS, CONDUCTOR: ETCHEVERRY, PARIS 1961, you may also like: