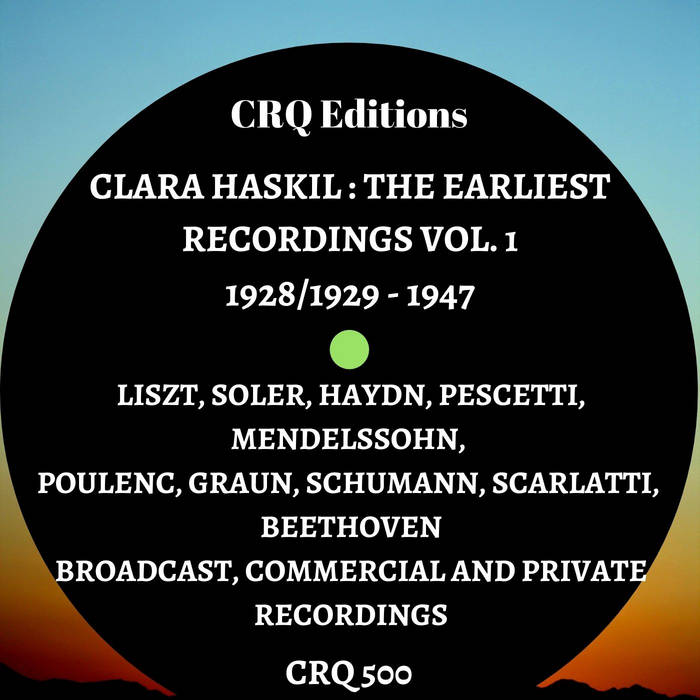 Born in 1896, Clara Haskil only signed an exclusive recording contract in 1951, with the Dutch company Philips. Prior to this point in her career her recordings had been sporadic occurrences, despite her undoubted genius as a musician. Her first recordings were made in the late 1920s - these were an unissued side of Chopin for French Columbia and a private recording of Liszt. She then recorded three sides for Polydor in Paris in 1934, followed by further private recordings made in Zurich at the end of 1936. During 1938 she made another recording for Poydor. After the Second World War some of her broadcasts for the BBC were recorded, and she continued to make private recordings, notably with the violinist Peter Rybar. She signed a contract with Decca for two years but only made two recordings with this company. During 1950 she made several seminal recordings for the American companies Columbia-USA, Westminster and Concert Hall, before signing with Philips, with whom she recorded commercially for the rest of her life. This edition aims to present all her extant recordings prior to those made for Philips in order of date of recording.

An excellent biography of Clara Haskil by Jonathan Summers may be found at:
www.naxos.com/person/Clara_Haskil/8617.htm