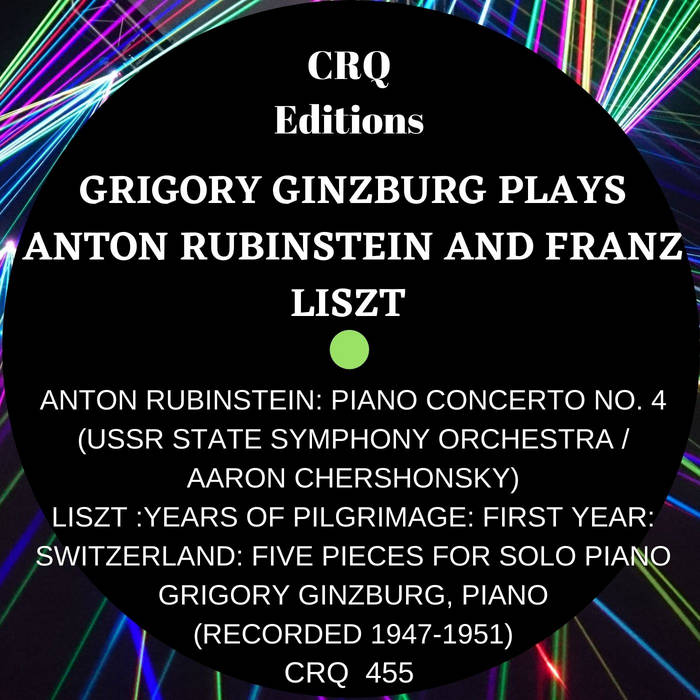 Grigory Ginzburg, piano
Recorded by Melodya between 1947 and 1951